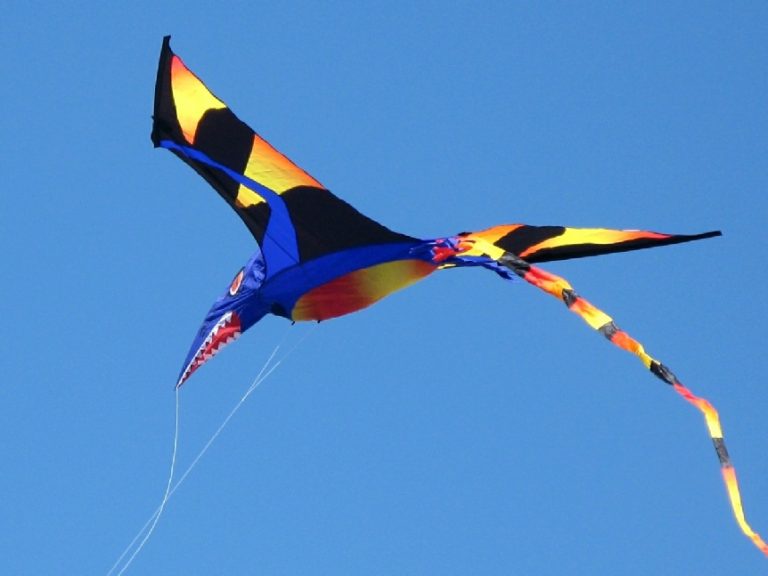 Designed by Carsten Domann and made by Premier Kites, this is a large creature with a wingspan of 11ft (3.3m).  Contrary to appearances, it is very easy to assemble and to fly.  It will take off in a light breeze and soar peacefully, but when the wind increases, its wings start to flap realistically and it sets off in search of prey! It looks fantastic, and flies so reliably that it should be considered by anyone who wants a kite that makes a real impact every time it’s flown.  Premier are cutting their range of good kites, and this may well be on their chopping list before long, so get in quickly if you want one.  List price (2013) is $179.95, but it may have increased as Premier have not published a 2014 catalog.  Currently available at Picture Pretty Kites for $164